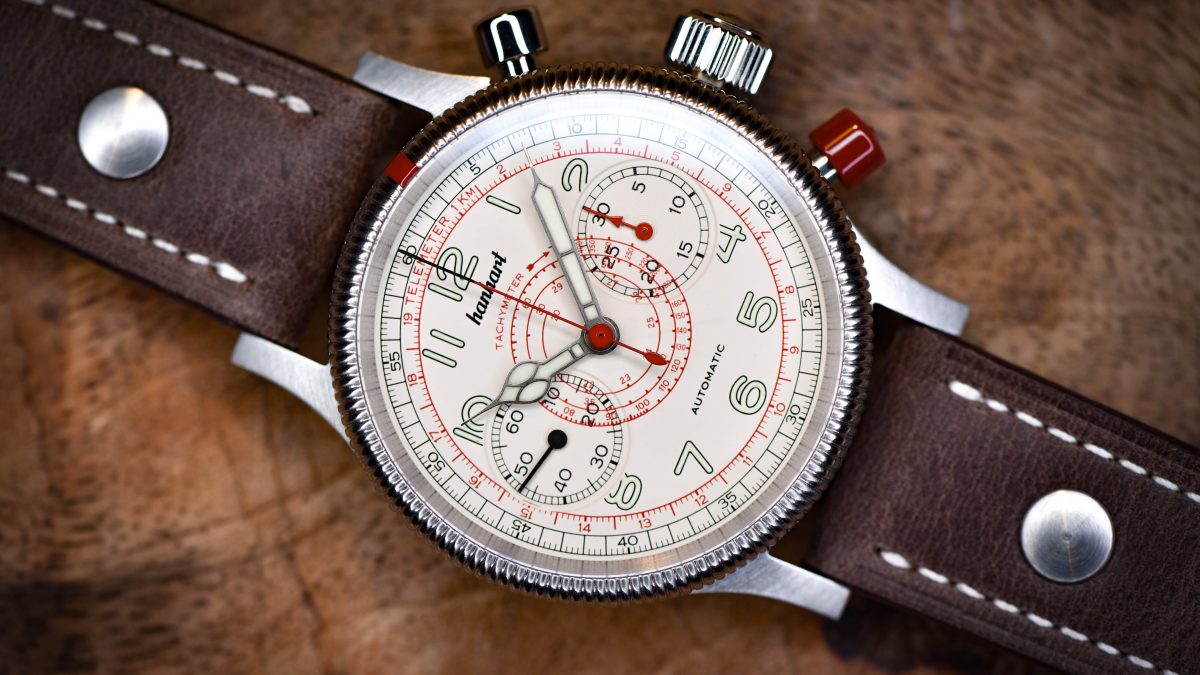 A legendary chronograph with history

Exactly 80 years ago, in 1939, Hanhart’s engineers developed a new pilot’s chronograph that made history: the PIONEER TachyTele with its 15½-line (35mm diameter) Calibre 42. The name of this watch stems from the two scales present on its face: the tachymeter used for measuring speeds and the telemeter scale for determining distances. The tachymeter scale is found on the inside of the dial, while the telemeter scale lies on the outside.
Launched in 1939, the TachyTele became popular with professional pilots and the navy due to its reliability and precision. Even in those days, the watches already featured shock protection, waterproof screw housing with stainless steel or brass bottoms and large pilot crowns. In the past, the lugs were fixed and the straps were riveted.

Use in visual flights
The PIONEER TachyTele was and remains a useful companion for visual flights. In the past, pilots had to be able to rely upon technical instruments such as the chronograph, especially in demanding conditions such as bad weather or at night.

Find out more about 80 years of PIONEER TachyTele